January 18, 2017
All these snow days have me all discombobulated.  I hardly know what day or date it is.  Don't get me wrong, I love having the extra sewing days, but I don't think I have been to work for 5 days in a row for over a month.  It makes me think I am forgetting something very important and I find it hard to focus on anything too intense. 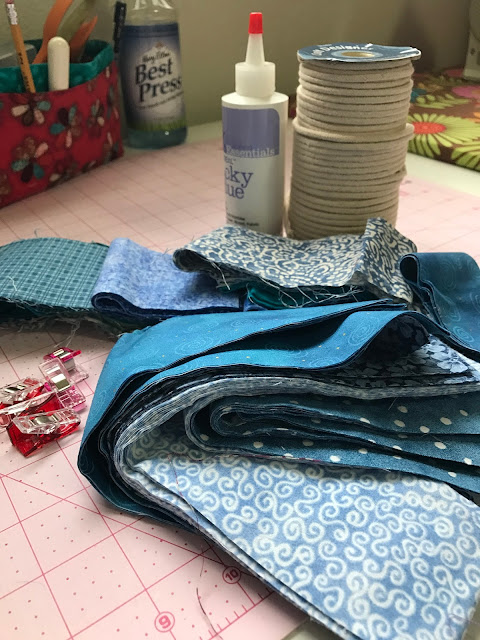 I have had it on my "New Things to Learn" list for a long time.  Years probably.  And yesterday was the day to finally get to work.  I made my first corded fabric bowl (and my second and my third :) ) 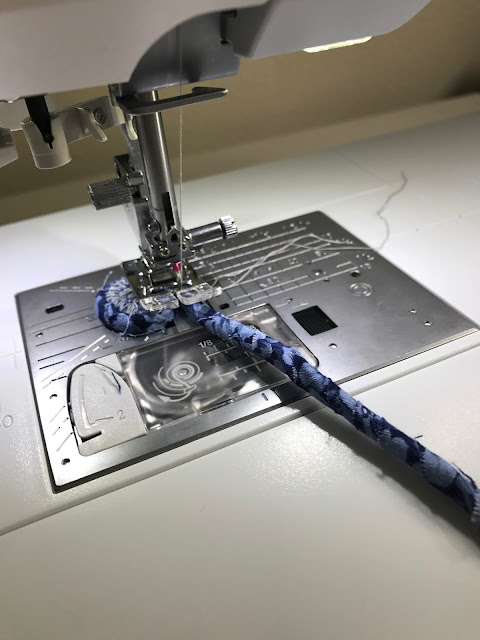 The first couple of loops were the hardest.  They weren't as nice and neat as I had planned.  And I had to figure out my stitch width and length too.  One of the tutorials I watched said to take the width as high as it would go.  But, my new machine (that has finally been named BTW.  Introducing Esmeralda, Ezzie for short) went all the way up to 9 I think.  That was way to high and would be going past the cord on both sides.  I moved it down to a width of 5 and I think that worked perfectly.  I put my stitch length to 2. 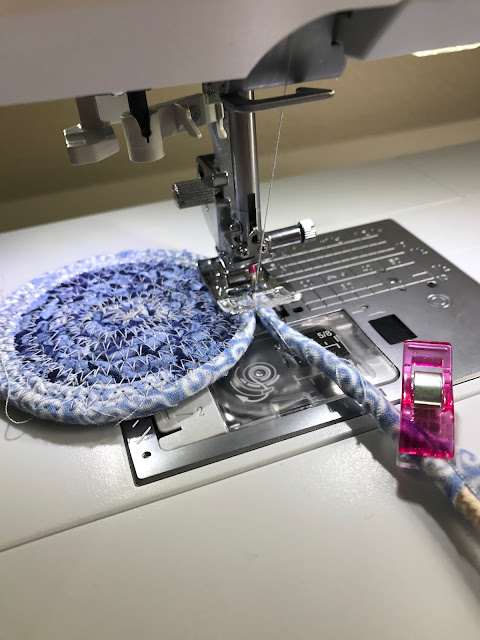 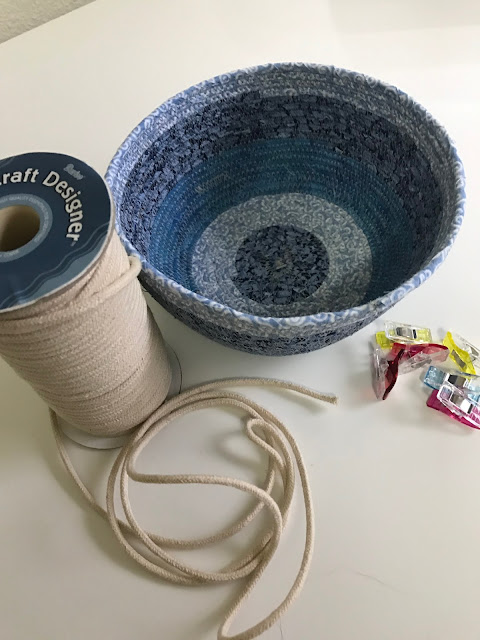 The first bowl turned out so nice.  That I decided to make another with a completely different color scheme.  I am now hooked!  I ended up making three small bowls and plan to go buy more cord tonight.  Many of the tutorials suggested using clothesline cord found at a hardware store.  I used cotton macrame cord that I had from Joann's.  It worked great.  And I believe it is pretty cost efficient too. 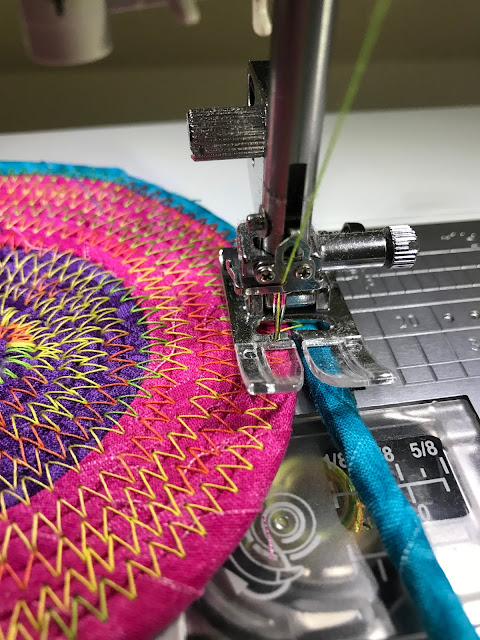 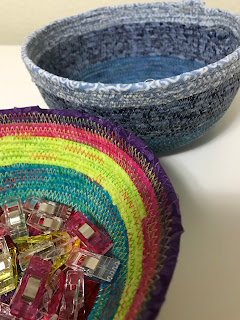 And I also worked on a semi-secret project to be revealed sometime in the near future.  Janice, from Color, Creating and Quilting and I have decided to do another mini quilt along.  You may have been a part of our first mini quilt along and blog hop where we did a Shadow Block mini quilt.  See a gallery of all the quilts HERE.  And the hop HERE and HERE.  This may become a regular thing.  All will be revealed soon.  When doing a quilt along, do you prefer some kind of mystery?  Would you prefer to see the finished product before deciding to join?  Let us know! 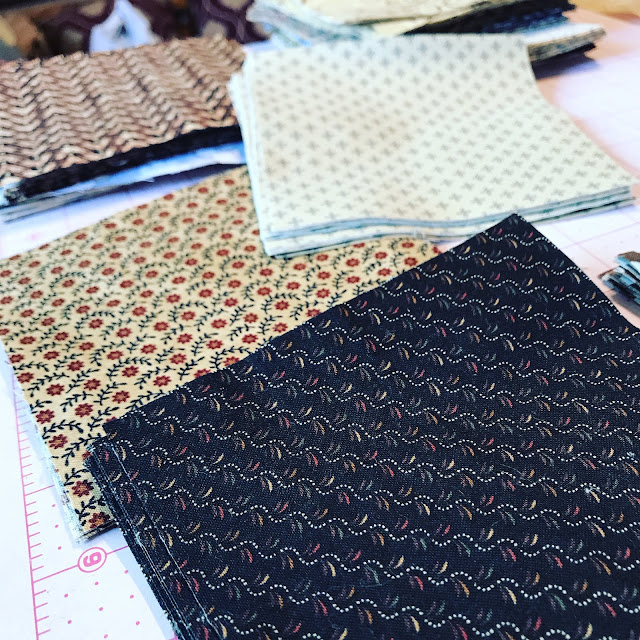 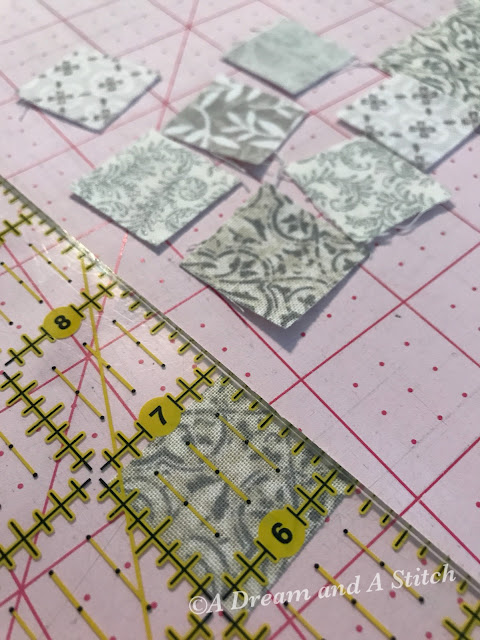 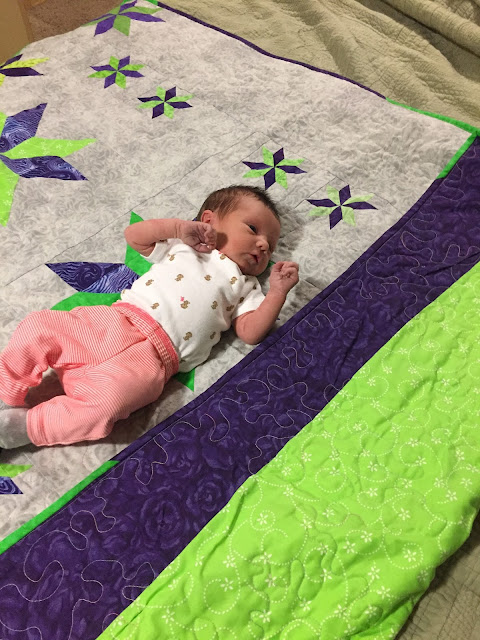